The End of Tuition 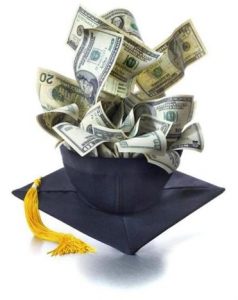 S surely as the sun rises on Provincetown and sets on Pittsfield, tuition and fees are again rising for students at public colleges and universities in Massachusetts. Students will work more hours, take on more debt, or drop out.

In the past decade, tuition and fees increased by thousands of dollars. This fall, they’ll jump by nearly 7.8 percent at the state universities and 5.8 percent at UMass.

Why? Because the story of the past 20 years has been a downward slope in public spending and an equivalent rise in tuition and fees. State appropriations for public higher education in Massachusetts are down 11 percent from spending levels in 2002, even though UMass, for example, now educates 30,000 more students. Tuition and fees have made up the difference.

Let’s jump off this annual merry-go-round of cuts, tuition hikes, and blame, and instead ask: Why are students paying tuition at all?

A large majority of the country now agree that some form of post-secondary education is essential to life success — not just a better-paying job, but the chance to fulfill one’s abilities and unique contribution. That conclusion is not confined to liberals. Margaret Spellings, secretary of education for George W. Bush, said,

“What a high school diploma was in the ’50s is akin, more and more, to at least two years of postsecondary education today.”

Until now. Free public higher education has gone mainstream. It’s not just that President Obama proposed free community college, or that Bernie Sanders made it a cornerstone of his campaign. Now Hillary Clinton, recognizing how crucial an issue this is to young voters, is going further than any previous party nominee: She has proposed making public colleges and universities free to students from families with incomes below $125,000 — that’s about 80 percent of all households.

It’s unlikely that Clinton will be able to enact her plan unless there are sweeping Democratic gains in Congress. But we don’t need to wait for Congress. Here in Massachusetts, a study by the Budget and Policy Center shows that free higher education at all public colleges and universities could be implemented at a cost of $631 million a year. If we applied a middle-income cap, or made only two years free, the cost would be a good bit less.

The money to do this could come in passage of the state Fair Share Amendment, which has the support of 70 percent of Massachusetts voters. By asking about 15,000 of the very wealthiest individuals to pay a bit more on their yearly income over $1 million, the state would generate close to $2 billion a year, far more than is needed to provide free public higher education to its residents, achieve a strong base for the knowledge economy, and a more educated democracy.