The MTA joined unions across the country when, at the October 17 MTA Board meeting, a resolution passed asserting MTA’s commitment to defending democracy and the vote. This loose grassroots network is preparing a strong labor response to any attempts to undermine the election.

It reads:
“Donald Trump and his enablers represent the most direct threat to American democracy since the McCarthy Era in the 1950s. If Donald Trump and his enablers attempt to obstruct, subvert, sabotage, overturn or reject a fair and complete count of presidential ballots (essentially a coup against democracy), or take any other steps to inhibit the peaceful transfer of power, organized labor and its allied labor organizations must respond with nonviolent action to defend the democratic process, the Constitution and an orderly transfer of power that is one of the historic hallmarks of American democracy. His presidency has been a disaster for the labor movement, the nation, and the world.

Therefore, be it resolved, that the MTA, in collaboration with other labor and progressive forces, will take whatever nonviolent actions are necessary to protect our democracy, the Constitution, the law, and our nation’s democratic traditions.”

EDU members can help to lead this effort by:

* Becoming part of national rallies to be held on Wednesday Nov. 5 asserting our commitment to democratic tradition. You join a rally or plan your own. Go to protecttheresults.com.

* Holding local union meetings to talk about what might happen and why a strong labor response will be necessary if efforts are made to undermine the election results.

* Be alert for updates and possible November 7 actions. 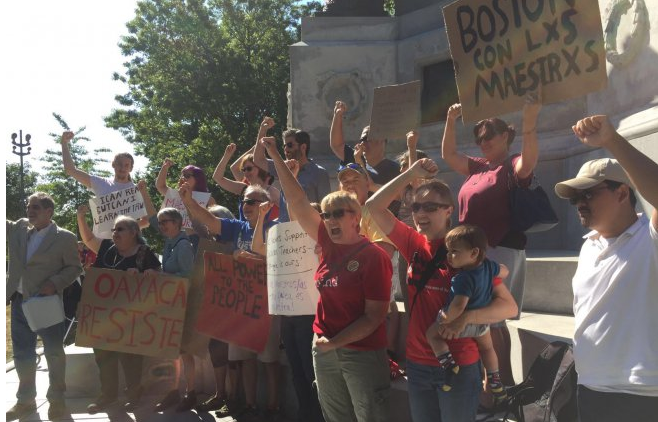 New Board of Directors Seat

Support EDU member, Associate Professor Keith Washington as a candidate for MTA Board of Directors.

From his official statement:

“As you know, these are challenging times. Public and private sector unions are under attack. Massachusetts public education, Pre-K thru PhD is chronically underfunded. Unnecessary contract demands, rules and restrictions are being imposed on us. Many of our members are underpaid, most persistently our adjuncts, clerical and support staff. It will take our collective efforts to hold the line, and better yet, continue to make progress. Our collective efforts will make this happen.” 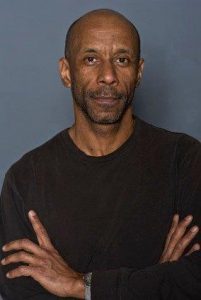 Vote No on Lifting the Charter Cap

Save Our Public Schools is a grassroots coalition of education, parent, student and community groups that supports quality public schools for all and opposes a November ballot question that would lift the cap on privately run, publicly funded Commonwealth charter schools.

The ballot question would allow the state to approve 12 new Commonwealth charter schools every year forever, eventually draining billions of dollars from our schools and destabilizing our public education system. It would encourage charters to expand into areas where they don’t exist now, taking critical resources away from successful public schools.

This year alone, charters will divert more than $400 million from public schools. That’s money districts desperately need so they can offer more science, technology, arts and music classes, as well as preschool services and smaller class sizes. The money should be kept in the public schools for the benefit of all students.

Charter schools are not accountable to their local communities. The state often approves them over the united opposition of the communities where they will be located. That’s wrong. Local communities should have the final say on what kinds of schools they want.

How you can help:

Pro-charter groups have millions of dollars from hedge funds and corporate backers. We rely on people power to stand up for the students in our public schools. If some of our public schools are falling short, we should fix them — not keep taking money away and giving it to unaccountable charters.

Save Our Public Schools is a grassroots organization of Massachusetts families, parents, educators and students opposed to the ballot initiative to lift the charter school cap in Massachusetts. The MTA is a leading participant in this campaign, working closely with other members of the Massachusetts Education Justice Alliance.

Join ‘Raise Up Massachusetts‘ in the campaign for the Fair Share amendment to the State Constitution to set aside 4 cents for every dollar of taxable income over one million dollars, to be earmarked for education and transportation. If successful, it would bring an estimated additional 2 billion dollars in state revenue to support the citizens of the Commonwealth.

Why Investing in Transportation and Public Education Matters

The best way to help working families and build a stronger economy for us all is to make sure that we have quality public schools for our children, affordable public higher education, and a transportation system that allows people get to school or work, lets customers get to businesses, and helps everyone fulfill their daily tasks. Without investment in these common goals, working families fall behind and our communities suffer. New revenue is necessary to rebuild crumbling roads, bridges, and paths, improve our public schools, invest in fast and reliable public transportation, make public higher education affordable, expand opportunities for healthy walking and bicycling, and give every child access to high-quality early childhood education and preschool programs.

Below is the full text of the proposed amendment:

Amendment Article XLIV of the Massachusetts Constitution is hereby amended by adding the following paragraph at the end thereof: To provide the resources for quality public education and affordable public colleges and universities, and for the repair and maintenance of roads, bridges and public transportation, all revenues received in accordance with this paragraph shall be expended, subject to appropriation, only for these purposes. In addition to the taxes on income otherwise authorized under this Article, there shall be an additional tax of 4 percent on that portion of annual taxable income in excess of $1,000,000 (one million dollars) reported on any return related to those taxes. To ensure that this additional tax continues to apply only to the commonwealth’s highest income residents, this $1,000,000 (one million dollar) income level shall be adjusted annually to reflect any increases in the cost of living by the same method used for federal income tax brackets. This paragraph shall apply to all tax years beginning on or after January 1, 2019.